The Care Paradox: As capitalism matures, how do we stay human?

When we think of care today, and especially childcare and social care, we hardly picture wages rising to push up prices. Instead, the image that springs to mind is of an ever-intensifying squeeze. Care is rife with low pay, burnout, and a struggle to protect even the most basic levels of human dignity and respect.

When we imagine a high technology future, we picture things that are shiny and new. From AI to Teslas to crypto, the future is about disruption and innovation. We’re not wrong about this, but we’re only half right. Because just as mountains are inseparable from valleys, so a digital society gets its character from the peaks of high-tech and from the troughs of low-tech in between.

What stays low-tech in an age of high-technology? A big part of the answer is care. Whether we’re helping an elderly person to wash themselves with dignity, relieving the dread of a person who is terminally ill, or helping a child find their way in the world, care is irreducibly human; no robot or AI can replace it.

This irreducible humanity has an important implication: it’s hard to make care more productive. Or at least harder than other activities. In fact, to the extent that care’s human touch — the time, love, and attention it takes — is its value, care can’t be sped up.

In this essay, the second in a series of three, James Plunkett explores the Care Paradox. as part of his research with the Joseph Rowntree Foundation. Plunkett states:

“In this fact lies a force of geological power and insistence: as technology drives innovation in gadgets and gizmos, care falls ever further behind. It gives rise to a phenomenon I call the care paradox: the more that capitalism matures, the more we squeeze and sideline the most human aspects of life. It’s a phenomenon that is coming to define the character of a 21st century society, yet it’s one we barely acknowledge, let alone proactively shape.

In this essay I want to spend some time with the care paradox — to understand what drives it and see what it would take for us to regain a sense of control. It’s a story of two halves, the first focused on economics and the second on politics. And it all starts somewhere surprising: a world not of care but of music.”

Cranlana Centre for Ethical Leadership’s programs include the 2 day Executive Ethics, 6 day Executive Colloquium and year-long Vincent Fairfax Fellowship. We also deliver online and tailored corporate programs. Find the right program for you here. They are all held under the Chatham House Rule to encourage genuine and open debate, and allow participants to candidly discuss sometimes sensitive issues in private while allowing the topic and nature of the debate to be made public, and contribute to a broader conversation. The alumni program offers ongoing leadership development support and a lifelong connection with Cranlana. 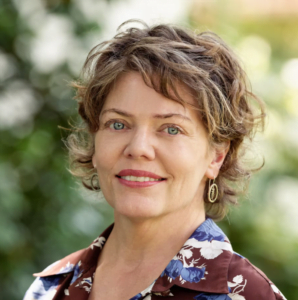 From in-house workshops to a deep dive into personal values and moral agency.

We don’t teach leadership skills. Instead, we help leaders apply the skills they already have more wisely – by building clarity of purpose and ethical courage. Drawing on a rich history of philosophical wisdom, they encourage fresh and considered approaches to challenges – offering insights that, for many participants, will fundamentally transform their concept of leadership. Our courses are dialogue-based and immersive, bringing small groups of high-level leaders together for discussions that are wide-ranging and expertly guided. They are rigorous, in-depth and practical, providing high-level learning experiences and understanding to strengthen your capabilities as an effective and ethical leader.

In the spirit of reconciliation Cranlana acknowledges the Traditional Custodians of country throughout Australia and their connections to land, sea and community. We pay our respect to their Elders past and present and extend that respect to all Aboriginal and Torres Strait Islander peoples today.

Page load link
We use cookies to improve your experience with Monash. For an optimal experience, we recommend you enable all cookies; alternatively, you can customise which cookies you’re happy for us to use. You may withdraw your consent at any time. To learn more, view our Website Terms and Conditions and Data Protection and Privacy Procedure. Settings Accept

We analyse your activity to constantly improve your experience. These cookies allow us to show you more relevant content.

We use your behaviour on site to show you more relevant information when we advertise. Advertising cookies are shared with third-party providers, but no personal information is included.
Go to Top